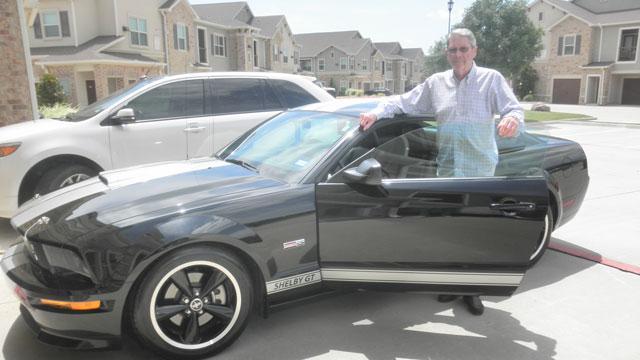 We are so excited to introduce you to Tom Brown, one of our community’s initial depositors.

Born and raised in New Orleans, LA, Tom joined the US Naval Reserve in 1960 and attended Louisiana State University. When his orders to Officer Candidate School were canceled in the summer of 1961, he interned at the Shell Oil Company. There he met Cora Vetter (in fact, he took her job!). No worries, though. Cora was promoted. It may not have been love at first sight, but it was close.

The two married in December 1963 and raised two daughters, Brandi and Sheri. Today, they are grandparents to Barret and Braedyn. They are also the proud owners of Mindy, a rescue dog.

Tom graduated from LSU in 1965 with a degree in Management, Marketing, and Accounting. He was called to active duty at the Naval Air Station New Orleans in January 1965. He worked as an Air Traffic Controller and received an honorable discharge in December 1967. He is a proud Vietnam-era Veteran.

Upon returning home, Tom began work in property management and real estate. He became a Certified Property Manager and Master of Corporate Real Estate. He is also a Real Estate Broker in Texas. He has spent over 35 years in this profession and has enjoyed a very successful and rewarding career.

Tom has a passion for Ford Mustangs – he owns a 2007 Shelby GT – and car shows. He and Cora love to dine out and travel. They’ve enjoyed visiting casinos, Texas vineyards, and distilleries. He does a little target shooting when he gets the chance and even held a commercial pilot’s license. Even with his busy life, he still does some property and real estate consulting when the opportunity arises.

We proudly welcome Tom Brown to Hidden Springs of McKinney!