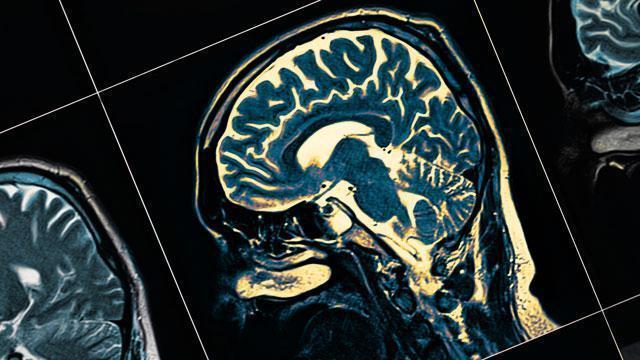 Dementia 101: What Are the Different Types of Dementia?

The terms “Alzheimer’s disease” and “dementia” are often used interchangeably. This can lead to some confusion – are they the same thing? If not, what are the differences? And are there different aspects to treatment? How do we determine what type of dementia a loved one has?

The 13 Types of Dementia

There are five major types of dementia that make up the vast majority of cases: Alzheimer’s disease, vascular dementia, dementia with Lewy body, Parkinson’s disease and frontotemporal degeneration. However, there are thirteen different types of dementia that have been identified by the medical community to date, and some researchers believe there are many more that still remain undiscovered.

“Most dementias have similarities, which can make it difficult to determine what type of dementia someone has,” says Doris. “And since we currently don’t have a cure for dementia, understanding the different types can be beneficial to a point. However, knowing the differences between the types of dementia can help physicians recommend treatments for each individual, which can help slow the progression of the disease, especially in the beginning stages. Knowing the different types of dementia can also let friends and family members know what to look for if they are concerned for a senior loved one.”

The following are the most common forms of cognitive and memory-related diseases.

This is the most common form of dementia, making up anywhere from 60-80% of cases. Although the “Alzheimer’s gene” was discovered several years back, we still don’t know exactly why someone develops this form of dementia. At the moment, it’s believed to be a mix of lifestyle, environmental and genomic factors. Symptoms of Alzheimer’s are considered to be the “classic” symptoms of dementia, and progress along an easily observed timeline:

This is the second most common type of dementia and usually occurs due to cardiovascular issues, particularly strokes. Vascular dementia happens when strokes (either large strokes or mini-strokes) cause blood flow to be halted to areas of the brain, which causes cell death. The symptoms of this form of dementia can vary depending on what area of the brain is affected. Generally, individuals have issues with short-term memory, exhibit inappropriate behaviors, or experience hallucinations. Vascular dementia doesn’t progress in a steady line like Alzheimer’s disease; rather, the disease progression depends on how and where the brain damage occurs.

These two similar-yet-different forms of dementia are due to the development of abnormal proteins in brain nerve cells. PDD develops in individuals with Parkinson’s disease, while LBD can occur in otherwise healthy adults. Symptoms are similar to Alzheimer’s disease, but in these types of dementia, mobility and motor issues present much sooner than any sort of memory loss or cognitive decline.

The Rarer Forms of Dementia

Less common forms of cognitive disease and memory degeneration can include the following:

This type of dementia is also known as the “alcoholic’s dementia.” It occurs when an individual has a Vitamin B1 deficiency – generally caused by alcohol abuse. Wernicke-Korsakoff is one of the only dementias that can be lessened or reversed if the individual makes lifestyle changes.

CJD is a form of prion disease, which occurs when prion proteins start folding abnormally. This form of dementia progresses rapidly, with nearly all individuals dying within a year of exhibiting symptoms. Thankfully, this form of dementia is incredibly rare.

Huntington’s is a genetically inherited disorder that develops between the ages of 30 and 50. It affects thinking skills, mood, judgment and motor skills – and unfortunately, if you inherit the gene, you will develop this disease.

This form of dementia occurs in people who have AIDS or HIV and causes difficulty with concentration, memory and attention. It also manifests as behavioral or personality changes.

This form of dementia manifests as a progressive, gradual deterioration of the brain’s cortex. It’s very similar to Alzheimer’s disease but manifests earlier (between the ages of 50 and 65).

This form of dementia is a neurodegenerative disease caused by the buildup of excess cerebrospinal fluid building in the brain’s ventricle. It causes difficulty walking, mental issues and loss of bladder control.

This final form of dementia is a combination of more than one type of dementia, generally Alzheimer’s disease plus another form of dementia. Symptoms can vary depending on what type of cognitive decline is present.

Although we can’t always determine the particular type of dementia someone has, it’s important to be aware of the symptoms and take steps to ensure the highest quality of life for each individual. As science and the medical profession continue to do research, we as a society will continue to evolve best practices to help those with dementia benefit and live fulfilling lives.

For more information about our new community in North Dallas, please contact us at 972.483.0234.

At Hidden Springs of McKinney, we understand how important location is to North Dallas seniors who are looking for an engaging, enriching retirement lifestyle. Located in McKinney, Texas, we are close to medical centers, arts and entertainment, outdoor opportunities and everything else you love about this area. Seniors who choose to make us their home can enjoy a range of trips, opportunities and activities while living their very best life thanks to our innovative focus on wellness.

The secret to a life well-lived awaits you at Hidden Springs of McKinney. Envisioned and developed by Madison Marquette, a company with a 25-year track record of investing in vibrant communities and a stellar reputation for developing luxury residences, you’ll discover all the possibilities your retirement brings … as well as the confidence of knowing your future is secure.

Our beautifully appointed, active retirement living community is created for those who expect more out of life. Luxury living, gracious services, resort-quality amenities, engaging programs and stunning apartments in 15 floor plans are just a few of the benefits awaiting you. And with assisted living and memory care services offered on campus, you can retire with complete peace of mind, knowing that if needs change, the care you deserve is right at home.

To learn more about Hidden Springs of McKinney and discover The Secret to a Life Well Lived, call or visit us today. We’d be happy to schedule a tour and show you just how much our location can make your retirement experience exceptional. Call us today at 972.483.0234.